The GO Academy
GO, also known as Weiqi (围棋) in Chinese, is an intellectually stimulating, strategy-based board game that has turned into a professional sport in recent times. With a history of over 3,000 years, it is the oldest game that has remained unchanged and has been enjoyed by royalties and scholars of ancient China, Japan and Korea.

Although GO has few and simple rules, it is considered one of the most difficult and challenging games in comparison to other strategy-based games.

GO can promote the study of economics. Economics research is the science of optimally allocating limited and scarce resources to fulfil a particular need in the most efficient manner. GO conveys this through the allocation of stones. Each player must strategically place each stone to control a wider territory on the board with the least amount of resources required. GO can also be used as an educational tool to help enhance academic and thinking skills of young children especially in China and Korea. Korea’s Myongji University is the first university in the world to offer GO as a degree.

Today, GO is played worldwide by over 40 million players. 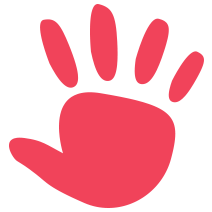