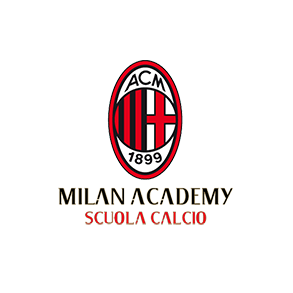 Goalkeeper Trial
At the heart of AC Milan’s goalkeeping program lies the understanding that the goalkeeper is a vital, key element of any team. The real lynchpin of the Milan Youth Sector squad.

In modern soccer, the goalkeeper is no longer a player confined to the box, but instead is a key protagonist on the pitch. His role is surely one of the most difficult, as it is atypical in that he performs most actions within a confined space (the box) and with additional skill requirements as he touches the ball with his hands.

In the dynamics of the modern game, the goalkeeper can be considered the starting point of the action and, at the same time, the last bastion of defense. His is a role of great responsibility and it is for this reason that the goalkeeper must have a strong personality which allows him to deal with the most difficult situations with high levels of concentration and mental balance.

Called the “new sweeper”, he has the authority to command defenders and attackers alike, calling them back to their positions and reminding them of their roles. He is the voice of the coach, telling players to stick to the module of play chosen for the match. This is how the Milan Academy trains its goalkeepers.
Core training:
- technical-tactical
- concentration
- explosive force
- speed and rapidity
- reactivity and reflexes
- Acrobatic – balance – agility – dexterity